The Daniel Adamson is a remarkable survivor from the steam age. Built in 1903, she is the last surviving steam-powered tug to be built on the Mersey.

The Daniel Adamson VR is a bundle of 3 Virtual Reality applications. A 360 tour of the vessel, a learning environment and a steam-powered piloting experience.

Excelling in Blender and UE4 allowed Scenegraph Studios to create these interactive and immersive experiences. 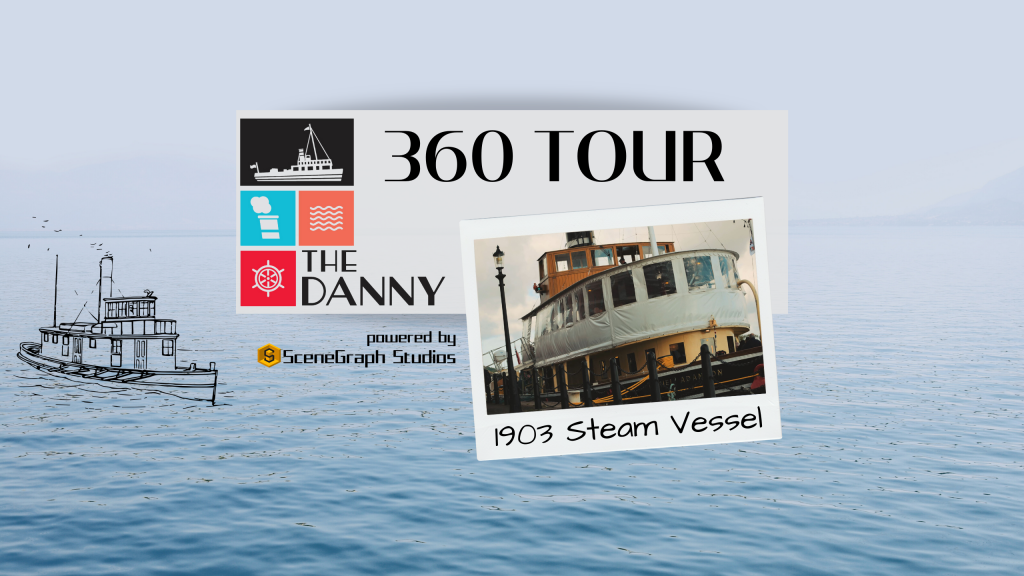 The Daniel Adamson 360 Tour is an exploratory VR experience allowing you to learn about and examine key locations of the steamship. Take this trip into your own hands and explore the Bridge, Promenade, Deck, Boiler/Engine Room, and the elegant Art Deco Saloon. Whilst exploring, view information for each room to gain an interesting insight into the ship’s functionality.

With no buttons needed and no controls to learn, simply use your line of sight to navigate around the ship.

The Daniel Adamson - Learning is an interactive educational activity that combines the advanced tech of Virtual Reality and Unreal Engine. Explore a dry-dock filled with ship components from The Daniel Adamson to understand what they are and how they fit together.

Use the simple controls of the Oculus Quest 2 to grab, manipulate, and rotate these assets with ease. 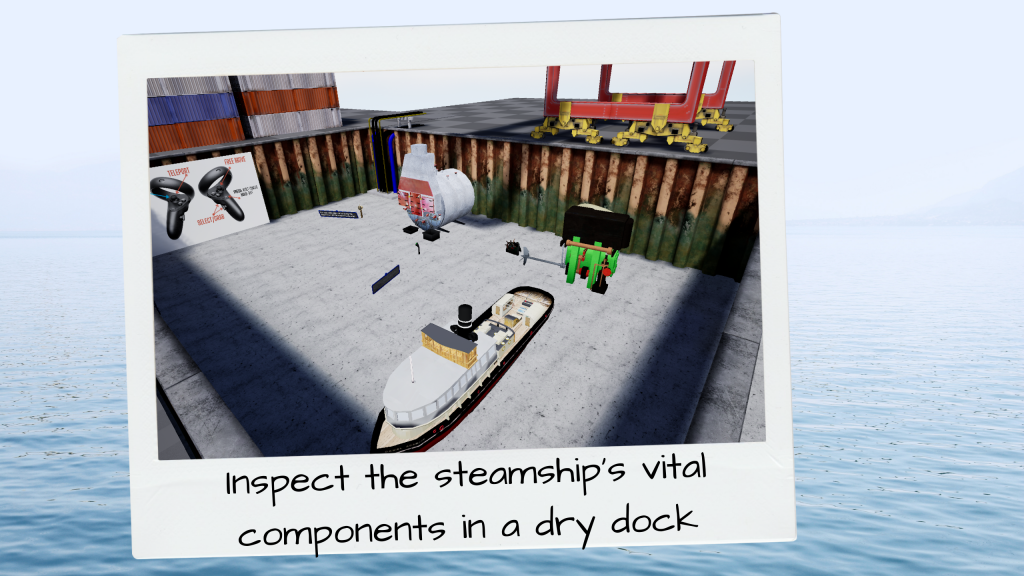 Utilise the cutting-edge tech of this 3D Virtual Reality experience, realistically grab and interact with the celebrated Daniel Adamson steamship. 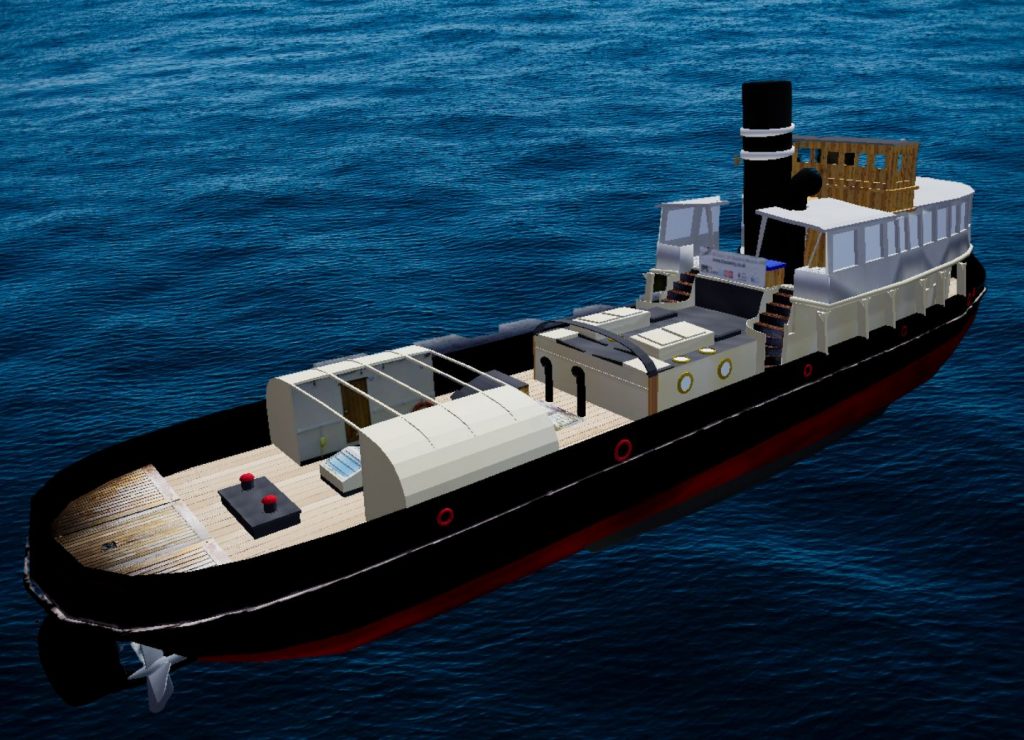 Our Work With The Charity

Our aim for this VR project was to create multiple applications focused on immersion, interaction, and accessibility, that could educate its users. Throughout the project, we had constant communication with The Daniel Adamson charity in order to understand what exactly it is they wanted to be developed. The charity wanted an app to inspire a new generation and pique their interest in engineering. They also wanted to ensure that the older engineers who volunteer at the Daniel Adamson could use the app, which became a key aspect of our development.

This project began with communication between Scenegraph Studios and the engineers who volunteer for The Daniel Adamson. They wanted a VR experience of the steamships engine room, as it is not available to the general public. Their goal was to intrigue the younger generation in engineering and the ship’s history.

Through testing the 360 Tour, it was quickly clear that the app needed to become more accessible. At first, we thought that the younger generation would have issues with controls, but it was in fact the older generation. Due to this we completely removed the need for controllers and implemented eyesight movement, allowing a much larger user base for the app.

The development of this tour led to further development, making the learning experience and the steering experience. These apps were gamified, allowing them to keep the younger engineers interested, whilst educating them throughout.

Unfortunately, the menu system that we implemented connecting the three experiences became an issue for accessibility, as some users were either confused on how to navigate the menu, or physically unable to press the correct buttons. To fix this we separated the three experience, removing the menu completely. This allowed the user to immediately load into the application of their choice.

Another challenge we faced was the locomotion from the steering experience. Locomotion and moving the camera is a prominent issue for VR, as this can induce motion sickness and headaches. To overcome this we decreased the speed of the ship. This fixed the motion sickness issue, but also needed to be tweaked to ensure that the movement wasn't too slow, as this could make the experience too dull.